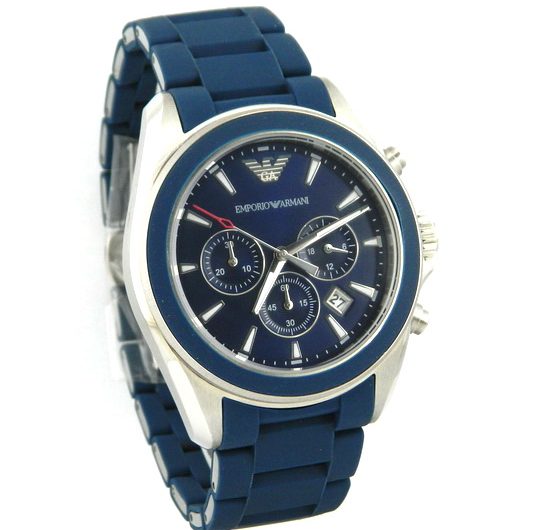 Emporio Armani is just among the many sub-brands under the umbrella brand of the Giorgio Armani.

Emporio Armani, published as a brand, is known world widely for its Elegant and Classy collections of various variety in the wrist watches. It focuses on current trends and modern traits being popular among the Generation of youth as well as among the Elders.

It boasts of the collections of the wrist watches that are designed by Giorgio Armani himself around the world and has a spotlight at Milan Fashion Week every single year. Only one other brand is given this privilege, Giorgio Armani. 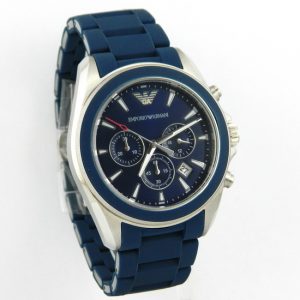 Seeing the considerable success of the Giorgio Armani, Emporio Armani was launched in the early 1980’s, as a sub brand. In the addition to ready-to-wear and runway fashionable jewelry collections, Emporio Armani Accessories and wrist watches were included in the brand by 1982.

Armani is the essence of all that is impeccable and refined in the world of watches. Essentially known for their sense of flamboyant yet graceful fashion, the brand initiated the creation of watches by the name of Emporio Armani watches in 1991.

Emporio Armani is the sub-brand from the Armani Heritage that targets the young adult market over the globe, particularly individuals in their 20s and 30s. It is also considerably cheaper than the other Armani sub-brands.

Nevertheless, owners of Emporio Armani watches around the globe, based on reviews and comments world widely, seem satisfied since most of them are primarily buying the watches for their love of the brand and the status that its logo holds among Fashion Industry.  As far as Emporio Armani wrist watch quality goes, compared with other fashion watch brands, Emporio Armani is considerably among the field.

For example, the reviews on Amazon on this Emporio Armani Dress Stainless Steel Watch are overall very positive grabbed by the buyers of this wrist watches. Buyers comment on how classy and stylish it looks and how it made an elegant gift for their loved ones.

Most buyers are buying the brand for that reason- it’s a good looking watch from a brand that has huge recognition and is world renown for fashion. Armani buyers, in general, are not necessarily concerned with the movement or the gears inside the watch like a watch collector would be with an Omega, Rolex or Tag Heuer.

With regards to the brand in general, Emporio Armani is highly respected in the fashion industry.

Emporio Armani watches are also the kind that would actually impress your friends, family and others in your social circle. You don’t have to say much because the brand will speak for itself.

Therefore, if you’re looking for a watch that can tell time accurately and really want a watch from a high-end fashion brand that can make you look good in time, then you can clearly say that Emporio Armani watches are of good quality.