Rado again sponsored the Berlin international film festival for its 55th addition in 2005. As exclusive sponsor in the area of watches, timepieces and chronometry, Rado accompanied film fans and festival visitors during this huge event. Together with the slogan “The art of innovation- the art of film making”. The Rado V10k stood the center of the advertisements that were to be seen on some 60 Billboards around Berlin for the duration of the festival. Rado gave the V10K A cinematic appearance on the video wall at Potsdamer Platz. And in addition, the watch was also highlighted in the form of special decoration at Rado retailers in Berlin. 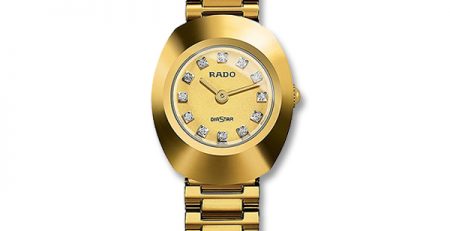