Let’s be honest. Watches are not just about telling the time, they are also a matter of Style. So when the filmmakers from EON productions approached Omega in 1994 ahead of the filaming of the Bond movie “Golden Eye”, Omega was delighted to learn that classic style statements would continue to be part of the bond wardrobe, and what better choice of timepieace for the world’s elegant Undercover agent than an Omega Seamaster. Since then what has played a supporting role in six 007 movies, the most recent being the hard hitting “Quantum of solace”. Bond played by Daniel Craig again sports a Seamaster, a timepiece known for its rugged durability and precision performance. James Bond isn’t the only style icon to wear Omega timepieces. For decades they have raised larger than life personalities such as adventure Lawrence of Arabia and president John F Kennedy. 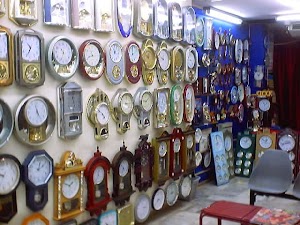 Shaharyar Rauf
15:53 10 Apr 18
Value for money but the attitude is not very friendly. Prices are high but they give discount only if you give them 5 star.